So we were ready. Ready to explore Iceland. To leave the city. To discover the hidden treasures, the beauty and the surprises of the country.

Let’s go roadtripping! Or let’s go driving for hours without crossing other cars and with only a road disappearing in the distance! Let’s take a break and admire the neverending lava fields and stone deserts!

Once you’re on Road N° 1 (the ring road of the island), you’ll notice that the roads lie higher than the surrounding landscape. As the wind can be strong, stones and snow can pile up on the road, and that’s why they made the road higher. You’ll also notice some yellow poles at regular intervals: we would experience their usefulness some days later 🙂 …

The road: empty, higher than the landscape and borded with yellow posts

Today, we started with one of the most touristic areas of Iceland: “the Golden Circle”. This includes the:

1. Þingvellir national park: a rift valley where you can walk over the line fracture between the American and European tectonic plates. It’s also the place where since 930 the Alþing was held every summer: the general assembly where disputes were settled, marriages set up and general decisions taken (e.g. religion). This place has a great historical importance: most of Iceland’s laws and rules have been decided here. The big stone wall in the valley (2nd picture), the Almannagjá, served as echo wall so everyone could clearly hear what was said and decided. And besides that, it’s also a place with amazing views (like everywhere in Iceland, but this was our first stop exploring Iceland)

The fracture between the American and European tectonical plates

2. Geyser valley (Haukadalur): or: steaming vents, the smell of sulphur, geysers, more geysers and a geyser with the name “Little Geysir” and another one with the name “Great Geysir”. The geological phenomenon owes its name to this place. Unfortunately, the original Geysir doesn’t work anymore, now Strokkur has taken its place with spectacular spouts every 5 minutes. And if you’re hungry, you can even boil some eggs in the hot water 🙂

Look at those colours!

3. Gullfoss (Golden Waterfall): one of the most beautiful waterfalls of Iceland. This double waterfall (the water falls in two stages) is a tremendous force of nature. Just stand next to the waterfall and experience it … Don’t forget your cell phone on the roof of your car, like I did. When we got back from the waterfall, my phone was still there. That “proves” that Iceland is a very safe country. Violent crime is rare in Iceland, Iceland has no standing army and last year, it’s the first time ever that police officers made a fatal shooting as self-defence. It’s amazing that there are almost no incidents, even when you know that gun ownership is widespread.

After this first encounter with the variety and vastness of Iceland, we followed the road to our next sleeping-accommodation. Once we left the motorway, we drove our little car over a long gravel road. We heard the pebbles hitting the undercarriage while avoiding the holes in the road and trying to spot our hostel.

Then, at the end of the road, I present you: the hostel Fljótsdalur! It was worth the trial: we were staying in a 100 year old turf house with its own waterfall and a splendid view on the Eyjafjallajökull. We were not far away from one of the paths leading to the hikers’ paradise Landmannalaugar (a hike we really would like to do, so that’s one of the reasons we’ll come back to Iceland). When we arrived, Paul welcomed us with open arms in his hostel. Paul is a Brit who lives here 6 months a year and does all the work in the hostel by himself. He showed us around in his place: a kitchen, the bed rooms (there are 15 beds) and the common space with an immense library with English books about Iceland and its geology. Compared to the other hostels we crossed on the road, this one is rather simple and less luxurious with a shower in the garden and only dorms (at the time, since he was busy renovating). This didn’t matter because it’s unique and authentic. That evening, Paul joined us in the common space (we were the only guests) and he treated us with stories about Iceland: puffins and how to eat them, Icelandic culture, geology, the eruption of the Eyjafjallajökull and he told us about the hikes he organises. The next morning, Paul prepared us a small breakfast: cereals, ham and cheese, home-made (!) bread and some eggs. We think Paul has made this his own little heaven on earth 🙂 .

Hostel on the hill

Our car and the other side of the valley

Library with a lot of books!

Detail of the hostel

Next post coming up: about 2 waterfalls (Seljalandfoss & Skogafoss) and basalt stacks at the beach of Vik.

The map of that day (the red line):

3 thoughts on “Iceland – The Golden Circle and Hostel in Fljótsdalur”

Click the link below to translate this blog into the language of your choice: 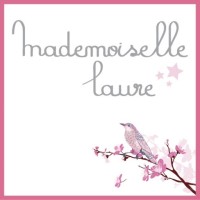 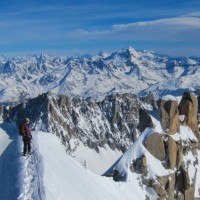 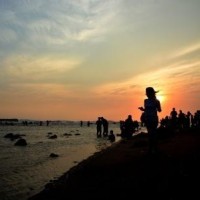 Be Prepared to be Surprised!

My great Wordpress blog
How to Live Abroad

An alternative guide to working, living and socialising in Paris